Served by line 13 of the Parisian metro, Liège is a relatively quiet station, next to Saint Lazare train station on the border of the 8th and 9th arrondissements. It opened in 1911 under the name ‘Berlin’, named after the nearby Rue Berlin. It was closed in 1914 at the beginning of World War I but reopened a few months later, under its current name Liège. This name pays homage to the Belgian resistance during the Battle of Liège in August 1914.

Liège is an interesting station due to its unique offset platforms that had to be constructed due to the narrowness of the street it sits below. The station was also forced to close in 1939 at the start of World War II and remained closed until 1968 but only on reduced hours. Remarkably, it wasn’t until 2006 that full service resumed.

The station is also known for its beautiful ceramic tiles that decorate the platform walls. These were made by two Belgian artists in 1982 and evoke the landscapes and monuments of Liège.

Located just five minutes away from the station, the Théâtre de Paris is a popular theatre venue that was originally built in 1730. The beautifully designed building has hosted many famous plays over the years, including ‘L’Orfeo’, ‘’Tis a Pity She’s a Whore’ and more recently, ‘One Flew Over the Cuckoo’s Nest’.

This stunning Catholic church was built during Baron Haussmann’s renovation of Paris between 1861-1867 and cost almost five million francs. More commonly known as La Trinité, the church was designed by Théodore Ballu and its exterior features figures of Faith, Hope, and Charity that were sculpted by Eugène-Louis Lequesne.

If you fancy a bit of shopping, be sure to check out the Galeries Lafayette, which is a ten minute walk from the station. The store opened in 1895 as a small haberdasher’s shop at the corner of rue La Fayette. However, the store has grown and grown each year to come the world-famous store that it is today. 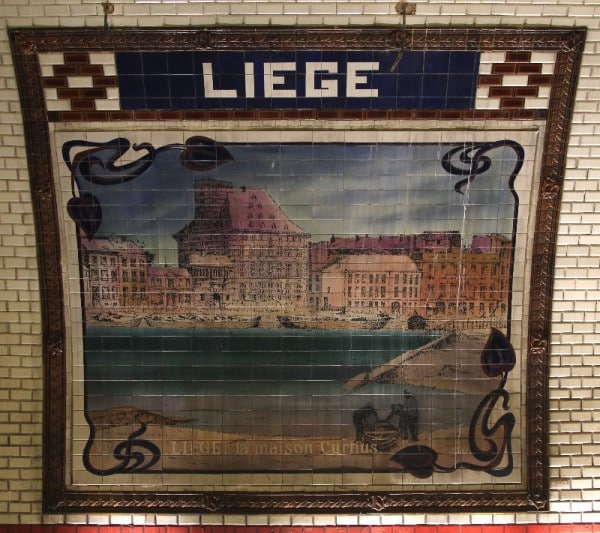