Situated in the heart of Paris, the metro station Concorde has seen millions and millions of people pass through it, from all walks of Parisian life. In 2013, it received 7,176,639 passengers; that’s nearly the whole population of Hong Kong! The constant and forever changing activity in this station was the inspiration for Ezra Pound’s imagist poem, ‘In a Station of the Metro’. The text reads:

‘The apparition of these faces in the crowd;
Petals on a wet, black bough.’ ¹

an image which gestures towards the fleeting, almost ephemeral presence all the bodies, smiles and voices, indeed, all of the lives that move through the station.

Concorde station is served by lines of 1, 8 and 12 of the metro, and on the platform of the latter, one can find a piece of artwork created by Françoise Schein in 1991. On the walls of the platform, she reproduced the Déclaration des droits de l’homme et du citoyen de 1789, in the form of blue and white tiles. The pleasing and thought-provoking effect of the words lining the station walls has inspired similar installations at the stations Parvis de Saint-Gilles in Brussels and Westhafen in Berlin.

Places Of Interest Nearby

As the name would suggest, Concorde métro stop is situated at Place de la Concorde, so on leaving the station, you can immediately enter into the hustle and bustle of this important landmark. Its central positioning means that it is also very close to the Jardin des Tuileries, where you can visit the Musée de l’Orangerie and the Galerie nationale du Jeu de Paume. Place de la Concorde is situated right at the end of the Champs-Elysées, so after spending a relaxing half hour sitting by the fountains or under the trees in the Tuileries, you can hit the shops on this famous avenue. 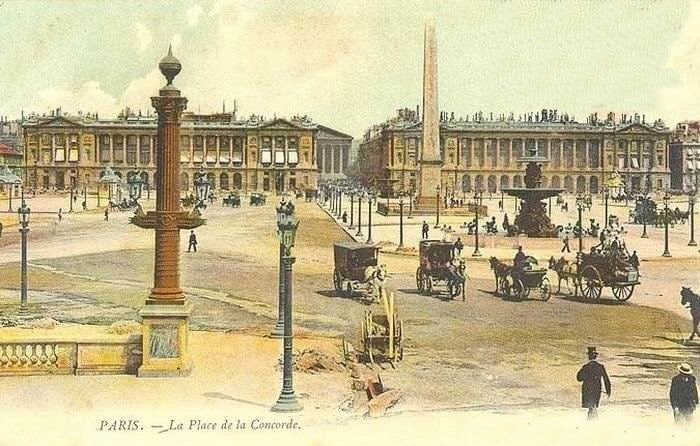