Located in the 7th arrondissement, Invalides metro stop takes its namesake from the nearby Hôtel des Invalides, an area of buildings and museums dedicated to the military history of France. The station has undergone many changes and expansions since its opening in 1913, but today forms a connection between lines 8 and 13, in addition to the RER C station.

What To Do Nearby

Nearby, you will find the impressive Dôme des Invalides, its golden peak rising over the Paris skyline. Inside this building is where the tombs of many of France’s war heroes lie, including that of Napoleon Bonaparte. France’s military history is further encased within the Musée de l’Armée, in the same complex where the Hôtel des Invalides continues to serve its original purpose, as a hospital and retirement home for French war veterans,

Also located in the area surrounding Invalides métro station is the Palais Bourbon, a governmental building, originally built as a country house in 1722 and which today is home to seat of the French National Assembly.

Once you have visited these historic buildings and monuments, why not stroll down to the river, take a walk over the magnificent Pont Alexandre III and visit the Grand Palais and the Petit Palais on the other side? This elaborate bridge is a true spectacle and was built for the Exposition Universelle (World Exhibition) in 1900, featuring golden nymphs, winged horses and Art Nouveau-style lamps along its entire length. 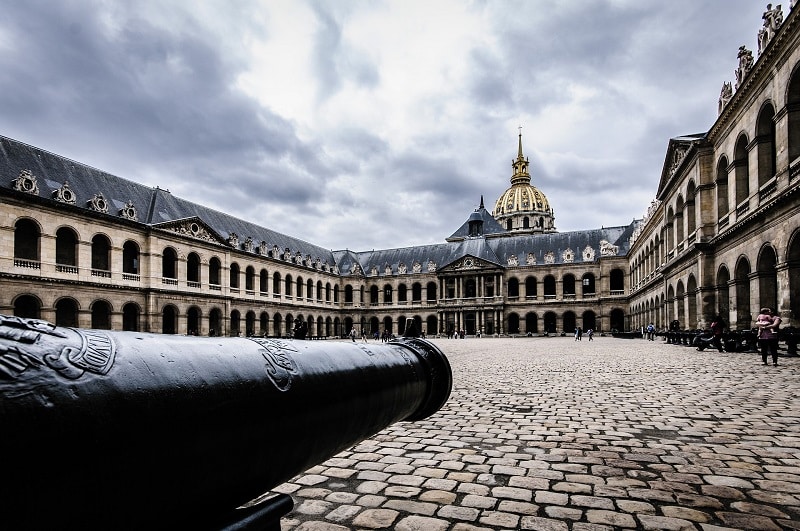