Corvisart metro station, in the 13ème arrondissement in Paris, serves the Parisian metro line 6. This station takes its namesake from la rue Corvisart that can be found close-by. This road in turn is named in homage to Jean-Nicolas Corvisart who was the private doctor to Napoleon Ist and himself a medical specialist in the lungs and heart.

Fun fact: this metro station was used at the Carnaval de Paris in 1912. This carnival that happens every summer consists of three individual processions parading on Mi-Careme, one procession on ‘la rive droite’ with the queen of queens, another on la rive gauche’ with the rose of roses and finally to celebrate its fifteenth anniversary, a procession of floats was added to parade through the streets of Paris.

As these floats were being made it was quickly realised that no ‘atelier’ or workshop in Paris had wide enough doors to allow the floats to go out once they had been assembled. So, a makeshift ‘workshop’ was set up under the arcades of the Corvisart metro station!

Corvisart metro station is situated in the Butte-aux-Cailles district of Paris. This area is noted for its village-like charm. Immediately you will notice the distinct architecture and abundance of street art that fills the walls. This area, unknown to many tourists coming to visit the city, is a great place to wander around in and really feel like a local. There are plenty of cafés and authentic restaurants that can guarantee you a delicious experience at a reasonable price. 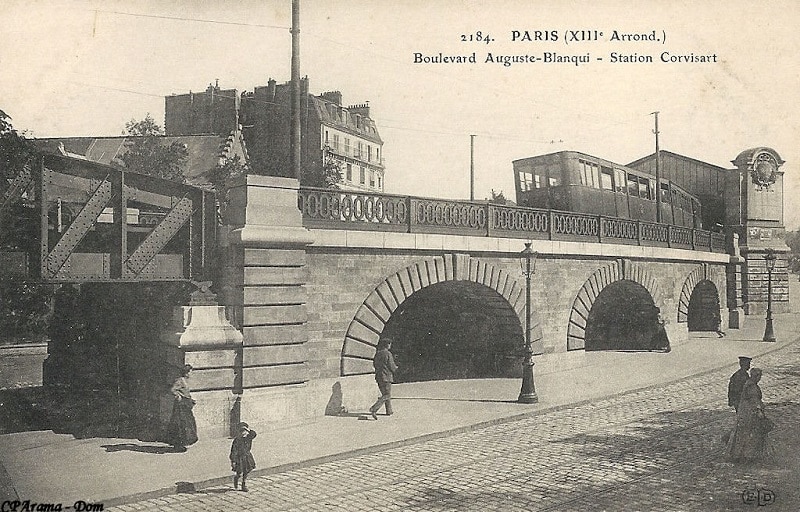