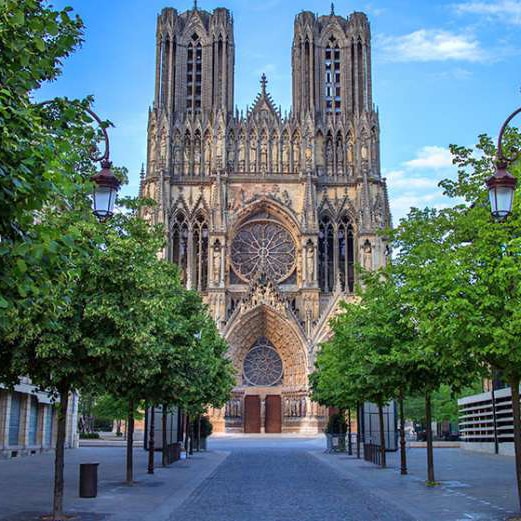 Reims seems to be the city that has it all: historic buildings, cultural activities, and rather a lot of champagne. Indeed many maisons de champagne are based in Reims and offer tasting sessions and tours. The city has been recognised by UNESCO not only for its historical buildings like the Palais du Tau and L’ancienne Abbaye Saint-Remi but also more recently for the cultural value of the landscape of Champagne.

to See & Do In reims