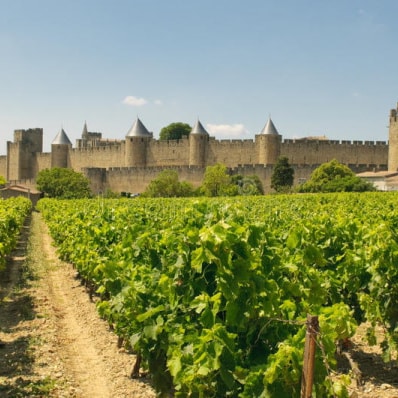 Carcassonne is a small town located in the region of Occitanie in the south of France. The Cité of the ancient town is a UNESCO world heritage site and so is the Canal du Midi that runs through it.

Carcassonne is located halfway between of the Toulouse and Montpellier and boasts a lovely summer climate. Simply by strolling through the streets, you will be amazed by the beauty and heritage that the town has to offer.