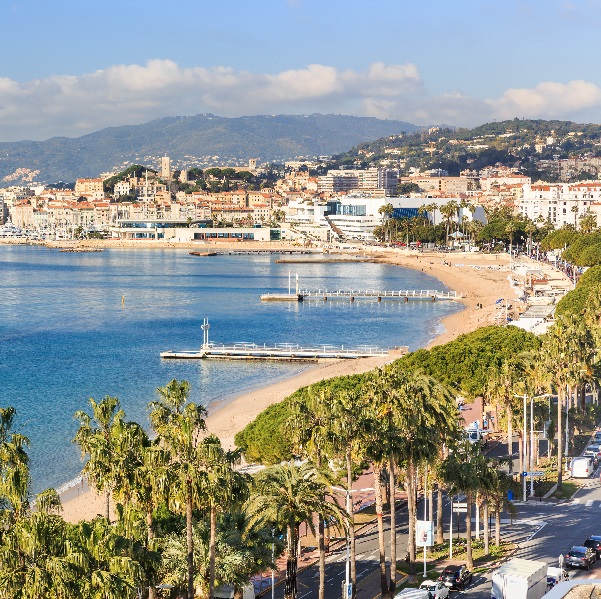 Cannes is a small city located in the Alpes-Maritimes department of southern France. The city is famed for its world-renowned cinema festival that takes place every year in May. Cannes is part of the stunning French Riviera coastline that offers holidaymakers beautiful, azul-coloured waters and a warm climate.

Cannes is known for its association with the rich and famous as it is littered with luxury hotels and restaurant. However, Cannes wasn’t always like this as its origins as a humble Greek fishing village (known as Aegitna) will attest to. Only at the start of the 20th century did Cannes become the city that we are familiar with today after it underwent a period of Americanisation with tourists flocking over from the States and the establishment of a casino in 1946.