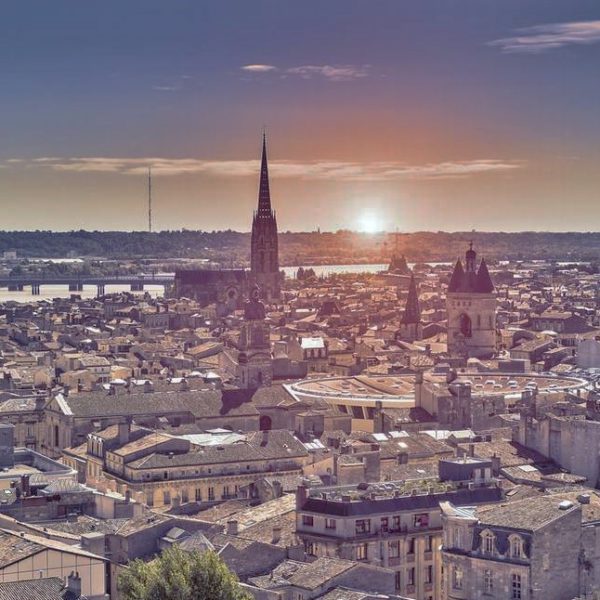 Bordeaux is not only one of the many cities that Babylangues operates in, but it’s also where the story all started. Babylangues founders Mathias and Caroline Benoit-Levy set up their first ateliers (workshops) in Bordeaux in 2008. This month we’d like to help you discover this amazing city!

When you think of Bordeaux, naturally the area’s tradition of wine-making comes to mind. Indeed, Bordeaux wine has been made in the region since the 8th century. The city is even considered the capital of the world’s wine industry. However, Bordeaux also has wonderful historical and cultural sights to offer. Its historical centre is even on the UNESCO World Heritage list as “an outstanding urban and architectural ensemble”.

to See & Do in Bordeaux

Historically home to the Bordeaux merchants, this area of Bordeaux, known as Quartier des Chartrons, stretches from the Public Garden (Le Jardin Public) to the quays, passing by the trendy Notre Dame district. Named after a Carthusian monastery, this area seems almost village-like in its jolly atmosphere and interesting sites.

While Bordeaux boasts an incredible historical centre, it is interesting to veer slightly off the tourist path and discover this idyllic neighbourhood. This area, is in fact, centred around the Church of Saint Louis. It has become famous for antiquities, evinced most noticeably by the abundance of antique shops that line its streets and the dealers that frequent its remarkable covered market. Arguably one of the best things to do here is simply wander in the hustle and bustle of the streets or stop at one of its charming restaurants to soak in the atmosphere.

This area stretches all the way to the riverfront where you can enjoy a drink at one of the many bars and restaurants. Be sure to keep an eye out for is the Flemish houses at 27 and 29 Quai des Chartrons. These two buildings stand out in particular, as their architecture is so different to that of the surrounding buildings, encapsulating the quirky and surprising essence of the entire neighbourhood. Here too you can find the Maritime Stock Exchange, which is also an impressive building and the Museum of Contemporary Art for an exploration of the latest of the art scene.

The Quartier des Chartrons has experienced a remarkably recent and rapid gentrification dating back only to the 2000s which marked the beginning of development talks. It has now, however, become a trendy area boasting antiques, the arts (it has even been painted by writer Francois Mauriac), and an established wine society.