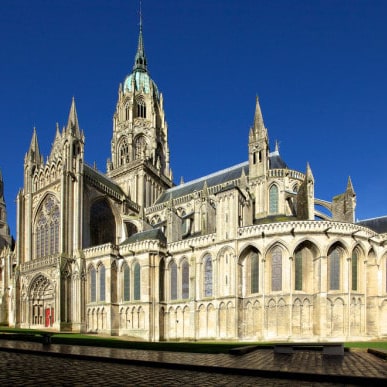 Bayeux is a small city located in Normandy, in the north of France. The ancient city is the home of the famous Bayeux Tapestry, which depicts the Norman conquest of England. However, the medieval city has a lot more to offer and it is also a great base to use in order to visit the World War II beaches in northern Nomandy.

Bayeux boasts a rich architectural heritage and nothing epitomises this more than the city’s Notre-Dame cathedral, which is designed in Romanesque and Gothic styles. Alternatively, simply wander along the banks of the River Aure and you will be amazed by Bayeux’s beautifully preserved timber-framed houses and elegant private residences.