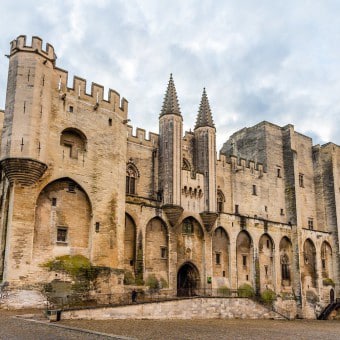 Avignon is a small town located in the region of Provence, in the south of France. The ancient town was for some time capital of Christendom in the Middle Ages and it still retains its mark of its grandiose destiny: the Palais des Papes (Palace of the Popes) and the stunning Saint-Benezet bridge, also known as the Pont d’Avignon.

Avignon was the birthplace of contemporary theatre and also has many museums, an opera house, and an exhibition hall. Not only is Avignon a stunning artistic hotspot, famed for wine and seasonal cuisine, you’ll also be spoilt for choice with UNESCO World Heritage sites in the ancient south-eastern town.