We all enjoy being witty from time to time, but many of us think of our clever comebacks a bit too late. The French phrase l’esprit d’escalier is perfect for this dilemma. It describes instances whereby the perfect response comes to mind once you have left an argument or debate, for example, when you have reached the bottom of the stairs.

In modern-day French, the phrase has acquired a slightly nuanced and more literal meaning, ’to think in stages’. Instead of considering all possible solutions at once, it describes situations when your thoughts and reactions to a situation are staggered.

English is yet to create any counterpart for this useful French term in either context, while other languages have only approximate equivalents. For instance, whilst the German phrase Treppenwitz does share the same origins as l’esprit de l’escalier, in contemporary contexts Treppenwitz has a slightly nuanced meaning, instead referring to events that seem incongruous to their own background.

The expression l’esprit d’escalier was first coined by the philosopher Denis Diderot in his text Paradoxe sur le comédien. He explains how once when he was at a dinner party, a remark was made which left him speechless at the time, because, “a sensitive man, like myself, overwhelmed by the argument made against him, becomes confused and can only think clearly again when he reaches the bottom of the stairs”. 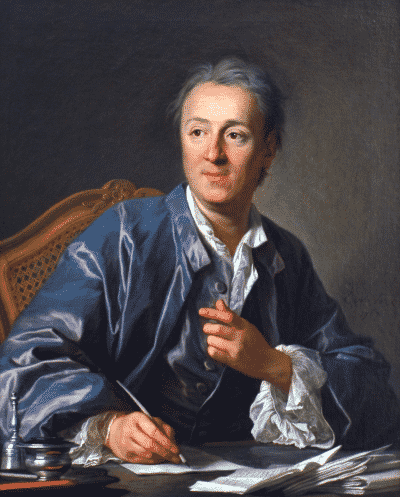