Halloween is not celebrated very widely in France, but La Toussaint certainly is. Toussaint takes place every year on the 1st of November and is an important holiday of remembrance for French people and their families. You can have a look at our previous article on La Toussaint here.

The word ‘Toussaint’ is an abbreviation of ‘Tous les saints’ and the day originated as a catholic festival to honour saints, those both known and unknown. The festival is actually centuries old, beginning around the 4th century when the Syrian Church dedicated a day to the celebration of martyr saints. However, traditions have evolved over the years. Initially the Catholics used to remember their deceased relatives on the 2nd of November. Thus they made a distinction between Toussaint (All Saints Day) and “ La Commémoration des fidèles défunts” (All Souls Day). But for families that don’t follow the Catholic tradition, the 1st has become the day of remembrance.

The chrysanthemum has also developed an inextricable link with this holiday. It is the flower of choice to lay by graves, but how exactly it came to be is unsure. One theory is that it carried over from the first anniversary after the end of the First World War, when the French Government asked the citizens to put flowers on graves to commemorate the deceased soldiers. Chrysanthemums have a long flowering period and aren’t specific to a time of year so they may have been chosen. Another theory is that chrysanthemums were chosen because of their meaning. In the language of flowers, chrysanthemums signify love and long life.

This Toussaint is particularly significant because it also marks the centenary of the Armistice of the First World War. While we remember our friends and families that have passed away, we should also cast our thoughts further back, to the lives that the war took away. 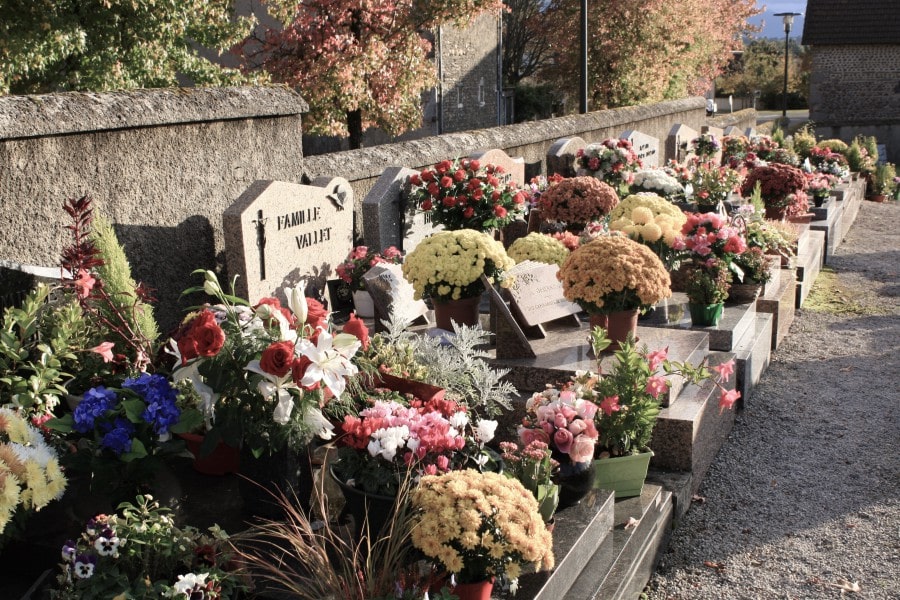