André Breton’s 1928 work Nadja, which is included in Le Monde’s top 100 books of the 20th century, is also a central work of the French Surrealist movement, and a detailed insight into the musings of an author desperately searching for a reality which transcends the material world.

This book, which takes the form of a sort of autobiographical novel, recounts Breton’s brief love affair with the eponymous Nadja, a mysterious and unstable young woman who, at least at the beginning, is seen as an embodiment of the key characteristics and ambitions of Surrealism. This movement, which first emerged in France in the early 1920s, aimed, through a type of art and writing which was not contained or regulated by the rules and expectations of material society, to access the true functioning of the human mind. Through embracing, and accepting as real, the images conjured up by dreams and unconscious thoughts, the Surrealists attempted to move towards a more absolute reality than the physical world. In other words, they sought access to a surreality.

In Nadja, Breton explores the images and impressions which are inspired by the sights and sounds of Paris. He supplements his musings with a series of photographs and drawings, which attempt to illustrate the surreal potential of even the most mundane of objects. The result is an account of a world in which everything has a more profound meaning than is at first apparent, a text which bombards its reader with seemingly random ideas and associations, in order to constantly challenge the predictable nature of our view of human life. Into this unfamiliar realm walks Nadja, the mysterious and exhilarating woman who will cause Breton to question everything, including his own identity.

Nadja is a challenging text to read, but it is worth the effort, for it will give you a completely new and original view on Paris, allowing you to view the city from a more considered perspective. 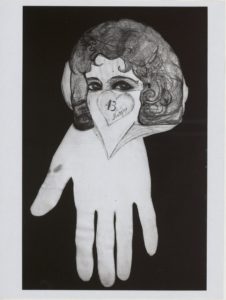