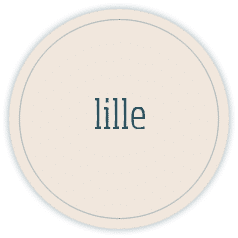 Welcome to the page which is all things Lille. More specifically, we’ve got loads of information here available about an offer for one of many part-time jobs in Lille for all you lovely English speakers out there, as well as things to do in Lille, and even places you can study abroad in Lille. This little city in the north of France is packed full of opportunity. And it’s not so little, either – it’s actually the fourth largest urban area in France after Paris, Lyon, and Marseille. So, let’s get right into it!

Want to experience French culture in France?
Interested in finding a part-time job in Lille? You’ve come to the right place.

Working in Lille with Babylangues will give you the chance to access loads of great benefits & help settling into your life in a new country! We’ve got so much on offer, plus we’re hiring right away. What a treat.

So, who exactly are we? Babylangues was founded in 2008 and we teach English to children in their daily routines, making learning a language as natural as possible. Our team of fantastic instructors speak to French children completely in English while they spend time after school learning and playing together! It might sound a little bizarre at first, but this method really works (it’s backed up by linguists and some famous media outlets like the BBC, NPR and Canal+). And not only does it really work, it’s a really fun process for both the child and the instructor! Let’s look at the job in more detail:

What does this part-time job in Lille look like?

So, what exactly are we looking for?

Here are our requirements for applicants:

No French Or Teaching Experience Needed

We warmly receive applications from a diverse range of students, expats and travellers – it doesn’t matter how much French you can speak! You can be a total beginner or completely fluent and being on either end of the French speaking scale has its own advantages.

You also don’t need to have any prior teaching experience at all. We fully train all our instructors and provide fun and regular lesson plans for every instructor, so there’s never a moment when you don’t know how to go about teaching English to your child on any given day. Plus, we give you all the material you’ll need to do that – designed by us, designed for you.

Like what you see? Here’s how to apply today:

Apply online today by filling out our application form and telling us a little bit about yourself. It takes 10 minutes, and then it’s right in the hands of our dedicated recruitment team. Not in France yet? You can still apply! We hire all year round and you can start when you arrive.

APPLY NOW AND FIND A JOB IN FRANCE TODAY

Why Work in Lille?

Like we said earlier, this not-so-little city is the fourth largest city in France, having over two hundred thousand inhabitants, and a whole lot of history and culture to go with it. With its position right on the border of Belgium, it’s got a lot of Flemish influence in the mix, giving its terraced brick houses a slightly more Dutch-like feel, but it’s all infused with that classic French culture we know and love. And this Flemish-French harmony doesn’t stop at just the architecture, it’s also very present in the food in Lille, which mixes French and Belgian cuisine, so you get a lot of stews and waffles. And other things too, but who doesn’t love waffles?

Historically, too, Lille has always been the hub of the Flanders region. Archaeologists seem to think that the area was inhabited as early as 2000 BC, but the actual town of Lille wasn’t really on the map until the 7th century AD. Essentially, it’s really old. As a result of its age, control of the city has changed hands many times (mostly as a result of marriage rather than war, which is nice). It was ruled by the counts of Flanders, dukes of Burgundy, Austrians, and even a Spanish king, until French King Louis XVI came in and besieged the city in 1667 and made it French again. As you can imagine, it’s got a nice mix of culture now!

Plus – incoming name drop – Lille is the hometown of the Charles de Gaulle – that guy who’s so famous he had an airport named after him. Ok, he did a bit more than have an airport named after him. He was born in Lille at 9 rue Princesse in 1890, and it was he who resisted Nazi occupation in 1940 and then went on to be the president of France for almost a decade from 1959 to 1968. Lille’s main square is named Place du General de Gaulle in his honour.

So, with that brief summary of Lille in mind, let’s dive into some things to do while you’re in the city.

Things To Do in Lille

This massive museum and art gallery is the second biggest in France after the Louvre, and it’s full of art ranging from classical times through to the 20th century in a beautiful palace building. The big art names in the gallery include Van Gogh, Picasso, Monet and many, many more, and with a span of over 5 centuries, you’ll need a decent amount of time to get around it! Find out more here.

Interested in something a little but more contemporary than the classic art in the Palais des Beaux-Arts? Not a problem: Lille’s LaM (full name: Lille Métropole Musée d’art moderne, d’art contemporain et d’art brut – but LaM for short) houses thousands of works of modern and contemporary art from famous artists – such as Braque – and it’s actually one of the largest modern art collections in Europe. It’s also set in a sculpture park so the art fun extends outside as well for you to walk around. Here’s its official site.

Remember earlier when we said that the food in Lille is this fantastic mix of Belgian and French? Well we thought we should highlight some local specialities for you to try while you’re in town. The big one is Carbonnade Flamande (Flemish stew), which is one tender, tangy, salty, sweet, hot pot of deliciousness made up of beef, onion, beer (that’s right: beer), thyme, bay leaves, mustard, and just a dash of brown sugar. It tastes as good as it sounds.

The other big one is Le Welsh, which is actually nothing to do with Wales, except maybe that it’s a little reminiscent of a Welsh rarebit, but it’s definitely more of a croque monsieur type of thing: it’s beer-soaked wholemeal bread, topped with ham and soaked in an enormous, decadent amount of melted cheese and baked until it obtains its heavenly golden-brown final form. And it comes with fries and a salad. This one is not even as good as it sounds: it’s better.

A local speciality guide wouldn’t be complete without something sweet: you’ve got to try merveilleux, which is basically meringue and flavoured whipped cream rolled in chocolate or another topping which suits its flavour. And then of course you’ve got to get “Mert” (the speciality) waffles while you’re in Lille, since you’re so close to Belgium – the whole region is the waffle capital of the world.

The Wazemmes neighbourhood in Lille is kind of like what Belleville is to Paris: a popular, working class area, once inhabited by factory workers but now home to a large, vibrant, and diverse community.

This cool area is full of amazing smells, exotic cuisine and unusual shops. Plus, you can often find halal butchers, kebab shops or Asian supermarkets in old traditional wooden buildings from previous centuries in a multicultural blend true to the spirit of Lille. This neighbourhood is walking distance from the centre of Lille, so it’s well worth a visit. And it has a very famous market, too! On Mondays, Thursdays and Sundays from 7am to 2pm you can come along and find everything from fruit, vegetables and flowers to a great selection of clothes, jewellery, beauty products and even books, or stop off at a restaurant for a bite to eat.

As depicted in Louis Watteau’s 18th-century painting, this famous square has hardly changed with its beautiful buildings still the main attraction. Arguably the best looking building is the Vieille Bourse (the old stock exchange building), which is a Renaissance wonder of sculptures, flowers and gargoyles. Today, stalls selling second-hand books, vintage postcards and classic records fill up this lovely part of town, lovingly named after local Charles de Gaulle.

Want to study in Lille? Take a look at the city’s main universities:

The university of Lille has nearly 70,000 students, making it the largest university in France! It has 24 schools over various large campuses, covering all the main subjects like arts, literature, languages, law, economics, medicine, humanities, social sciences, sport and technology – and lots more. It even boasts the fact that the very first dean of the science faculty was Louis Pasteur! Read more about it on its official site.

This is a private university and polytechnic, known in French as the Fédération Universitaire et Polytechnique de Lille, or Université Catholique de Lille. The Catholic federation is made up of five separate faculties and has more than 20,000 students in its student body. Like most universities, its students study a range of subjects and there’s lots of extracurricular options available like sports, debates, societies and exhibitions! Read more about it on the site here.

Like the look of Lille? Interested in working there part-time? Apply to work with us today! All it takes is one application to start your new adventure in Lille.

APPLY NOW AND FIND A JOB IN FRANCE TODAY 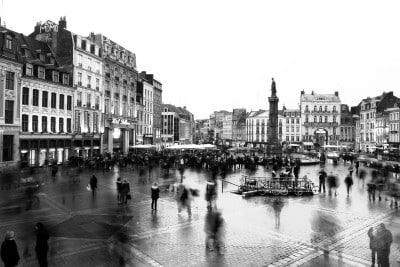 All level of French are welcome!

Training, teaching materials and activities will be provided.

Apply and be contacted within 48 hours.