Discover the unusual festivals, exhibitions and celebrations in France this August.

Having begun in June, the Parc Floral in Paris is currently hosting Les Spectacles, an entertainment festival for all ages. Every Wednesday, a range of street arts, dance, circus acts and musical performances are on show along the Esplanade du Château de Vincennes. If you’re looking to do something outside and soak up the sunshine, this seems like a great idea!

The summer season is truly here this month and you can celebrate the warm weather with this open-air cinema event in Paris. Every Friday night for just over a month, there will be screenings of various popular films in the 11th arrondissement of Paris, chosen by French actor, Antoine Reinartz.

Since 1998, Cannes Pyrotechnic Art Festival has welcomed the world’s greatest pyrotechnists every year to the city’s beautiful waterfront. The show is watched by 200,000 spectators who will witness master pyrotechnists from around the world ply their trade to put on a stunning display of fireworks.

If you’re in the south of France this month, be sure to swing by Menton where the 69th edition of the Menton Music Festival will take place. Taking place in a stunning outdoor arena, some of the world’s top classical musicians will be performing.

During the last week of August, the Silhouette association will be putting on a free festival dedicated to short films, in the 19th arrondissement of Paris. The concept is always the same, to challenge, surprise, tease, frighten or otherwise provoke a response form the audience, with films that are out-of-the-ordinary. There will be over a hundred short films over the course of the week, making this one of the largest short film festivals in France. 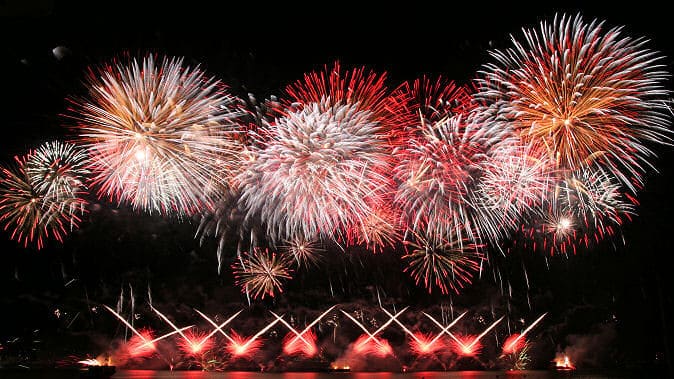